A familiar enough phrase but one which, oddly, has nothing to do with pigs. ‘Hog’ was slang for an old shilling so to ‘go the whole hog’ was to spend all one’s money at once. But did you know we also offer the whole hog? We supply hundreds of customers a year with our hog roasts, now an increasingly popular option when there are large numbers of people to be fed.

Entire hogs – and other animals – used to be spit-roasted in mediaeval kitchens when there were huge families and retinues of servants to be catered for. And of course nothing quite beats the flavour of a whole pig, roasted to perfection.

We only use locally-reared pigs which we select ourselves and carefully cook.

That means masses of tender meat and plenty of crisp crackling to go round. Each one will feed around 100 people – and if you’ve only got half that many coming then we can supply half a pig. And our hogs even come ready-stuffed, saving you another chore.

With the hog we supply a set of burners to keep the meat hot while you carve – and the meat itself is so well-cooked that pretty much anyone should be capable of performing that pleasurable task.

If you’re not totally confident, for an extra charge we’ll turn up and carve it for you. Either way you’re not going to have to go the whole hog to pay for it.

WE’LL SEND YOU A NO-OBLIGATION QUOTE

In order for us to provide you with a no obligation quote please fill in the form below.

PLEASE NOTE: By filling in this for you agree to be contacted regarding this enquiry – you can view our privacy policy here 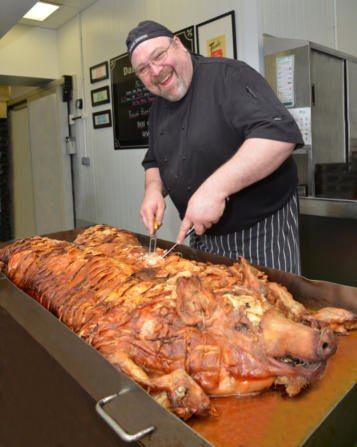 Hog Roasts are a fantastic option for party catering, whether the event is large or small. Please don’t hesitate to contact us if you have any questions. 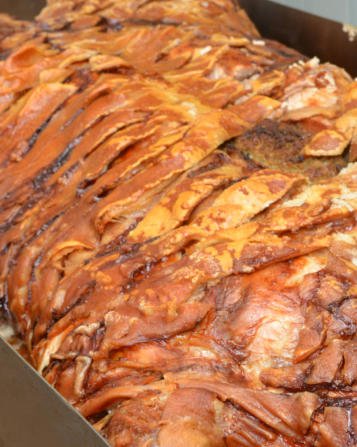 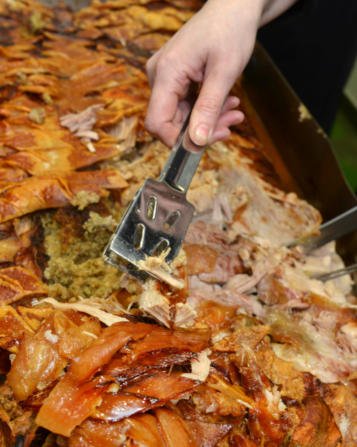