Of all the mainstream meat products lamb is the one which is most influenced by the way the animal has been raised.

Lamb’s delicate flavour varies according to the breed of the animal and undergoes subtle changes as it ages. But the greatest influence is always attributable to the way it has been raised.

And, as has now been officially recognised, grass-fed lamb from the South West is in a class of its own.

We reckon to sell some of the finest, most succulent lamb you’ll find available anywhere because the overwhelming majority of the animals we buy have been grazed either on the mineral-rich swards of the Quantocks or down on the Somerset Levels, where summer grazing has been a feature of the landscape for centuries and indeed gave the county its name – meaning ‘land of summer’ – as every year farmers would bring livestock down from the hills to fatten on the summer pastures.

Luckily for us the strong lamb trade is a feature of Sedgemoor Livestock Centre, just a couple of hundred yards away, which gives us a short supply chain and lessens the amount of stress the animals experience being transported to and from market.

We buy anywhere from 1,200 to 1,400 lambs a year and although it’s a year-round trade, naturally, there is still the traditional sales peak around Easter, the start of the new season when winter-born lambs really start to be freely available.

On the other hand lamb connoisseurs will tell you that it’s not until the autumn that lamb really starts to develop a fuller flavour as a result of summer grazing, and that’s also reflected in our sales.

Comparisons are always being made between British and New Zealand lamb, which this country used to accept happily when lamb was a far more seasonal product and supply of home-bred animals dipped at certain points in the year.

That gentlemen’s agreement has long been torn up and New Zealand lamb is now available here all year round, and is often heavily discounted by supermarkets at critical times in the calendar such as Christmas and Easter. On the other hand New Zealand’s animal welfare standards have often come in for criticism. And we prefer to offer meat from animals we know have been properly raised and cared for and have been humanely slaughtered – and which hasn’t had to travel 12,000 miles while being kept just above freezing point.

British lamb may sometimes cost a little more than the imported variety but we believe that is a very small price to pay for peace of mind – and a superior product. And so do our customers.


We can offer attractive deals on whole or half lambs for the freezer, which many of them now find the most convenient way of buying. 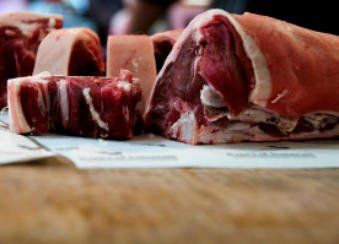 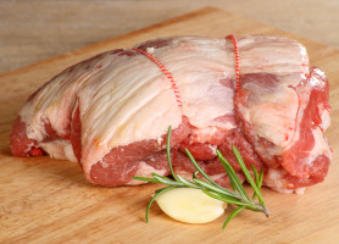 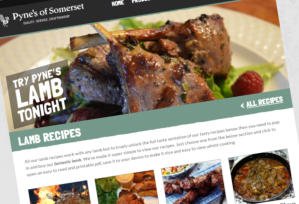 Need some inspiration? Just head over to our recipes page. We have plenty of great ideas on what to cook with our lamb!