Although we now think of it as an all-year-round meat pork was once a very seasonal one.

Families who kept pigs – as most did in the countryside – would slaughter the animals in the autumn, often after they’d had a chance to sweeten up by grazing on windfall apples.

Nothing was wasted – apart, it was said, from the grunt – so the head would be turned into tasty brawn and much of the offal into delicious faggots, popular not merely here but in continental regions where pork has traditionally been reared.

We take enormous pride in the quality of the pork we sell and it falls into two distinct types. All the animals it comes from are from local, outdoor-reared herds owned by farmers who are real experts in the business. It’s all from traditional breeds, too.

But you may notice that some of our pork carries more fat than the rest. And there’s a very good reason for that. It’s all about personal preferences. Half our pork comes from animals which tend to produce a fattier, more traditional carcass and whose meat is preferred by people who remember when all pork looked like that.

But modern breeding has produced leaner pigs, supposedly because that’s the way consumers now like their meat. So we supply that as well.

The great problem we have is that pork has always been portrayed as a fatty meat and animal fats have been condemned by so-called food experts as being unhealthy, in the same way as butter – until recently – has been stigmatised as being bad for us.

But that’s a complete fallacy. Pork is not fatty though if you talk to any food expert they will tell you that it’s the fat which contains the flavour, so it follows that the more fat a piece of pork has the better it will taste. We’re not suggesting you need to eat all the fat: in the cooking process much of it will cook out. But the flavour remains behind.

As with most people in the trade our preference would always be for the fattier version, simply because of its superior flavour and cooking quality.

And we’re happy to say that many traditional pork products are as popular as they ever were. Despite many people having been put off eating them after having tasted the frankly awful industrially-made varieties, our hand-made faggots, prepared to an old family recipe, continue to sell in their thousands – every week. 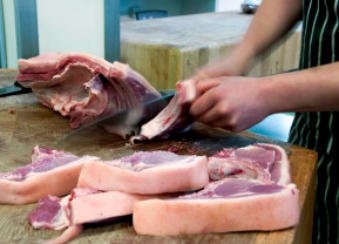 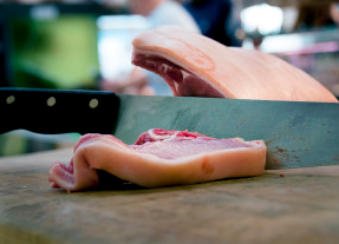 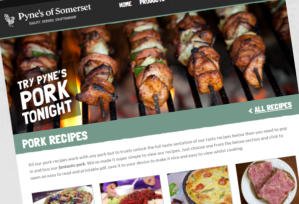 Need some inspiration? Just head over to our recipes page. We have plenty of great ideas on what to cook with our pork!